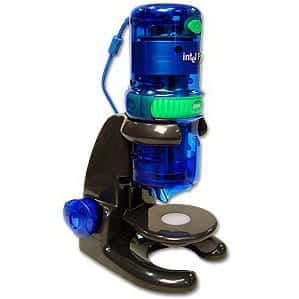 What happens when you team the world largest chip maker and the world’s largest toymaker? You get a cutting edge line of smart toys and a new brand for Intel®, Intel Play™. The story goes that in 1997 CEOs Andy Grove (Intel) and Jill Barad (Mattel) had a chance meeting at a corporate growth conference. As they spoke, they thought about what opportunities the two companies might have to work together.

Eventually executives from both companies put plans in place for a co-venture to develop toys that would harness the power of the PC. As design concepts emerged, it became evident that those concepts would need to be developed into toys that could be produced in a high-volume, low-cost manufacturing environment. Eric had the privilege to join the Intel/Mattel Smart Toy group in 1998 as their Product Engineering Manager, working for Mattel’s Chief Strategy Officer, Doug Glen. Eric assumed a project manager’s role, working with the group’s marketing, industrial designers, electronics engineers, firmware engineers, optics design and manufacturing contractors, Mattel’s Hong Kong based product engineers, and the China based tooling and manufacturing contractors to coordinate numerous program objectives.

A number of IntelPlay products were eventually launched; however, the flagship product was the QX3™ digital video microscope. As reviewed by Florida State University’s Molecular Expressions, “Intel and Mattel engineers invested a great deal of thought into the design and execution of this microscope and it performs better than any of its predecessors in the toy arena.” The QX3 was the country’s best selling technology toy of the Christmas 1999 season and was featured on the front page of the Wall Street Journal Marketplace section in the article “Silicon Valley Teaches Toys New Tricks.”It has since become a highly popular educational tool in science classes around the world. The IntelPlay product line was sold to Prime Entertainment, who at the time owned Digital Blue and offered updated versions of the IntelPlay products for a period of time. More about the QX3 story can be found on Wikipedia’s IntelPlay site. Learn more about the IntelPlay story as written by the head of Intel’s engineering team.

You can find out more about which cookies we are using or switch them off in settings.

This website uses cookies so that we can provide you with the best user experience possible. Cookie information is stored in your browser and performs functions such as recognising you when you return to our website and helping our team to understand which sections of the website you find most interesting and useful.

Strictly Necessary Cookie should be enabled at all times so that we can save your preferences for cookie settings.

If you disable this cookie, we will not be able to save your preferences. This means that every time you visit this website you will need to enable or disable cookies again.